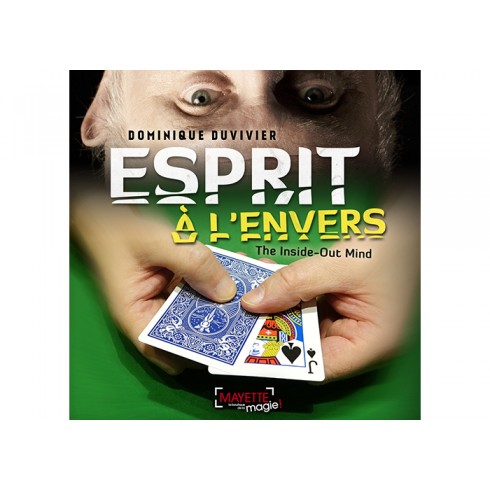 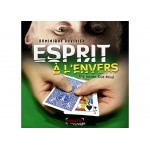 Don't make the mistake of missing this trick. Just read the following easily. Everything that is going to be described corresponds to strict reality. If you don't choose it, then you will do so knowingly, but you will be depriving yourself of one of the most devastating effects of cards.


The explanation of this trick is on DVD :

A demonstration in pictures
which allows you to take note of the effect you have just acquired.

A detailed explanation
The contribution of the image is significant for the study of the magic trick:
1- It gives you a more immediate and intuitive understanding compared to the explanation on paper.
2- It gives you the means to better visualize the different stages of the trick, to better understand the details.
3- Movement and rhythm are of paramount importance in the execution of a routine; the pictorial description highlights these essential elements, which form the "timing".

A presentation aid
It is customary to say: "A trick is 20% technique and 80% presentation".
Once you have mastered the technical aspects of the trick, the video demonstration will allow you to work on your text as well as the staging and presentation of the trick you are studying.

You want to offer this trick, and you're not a magician?
Show the demonstration part to the person you want to give this gift to. This will motivate them to study the magic effect that will become one of their new favorite tricks!

A trick that deserves its name ! !

This trick, inspired by Derek Dingle's Outflushed, Phil Goldstein's Casanova and Bob King's Flushtration, is the version by Dominique Duvivier (1993).

Don't make the mistake of missing this trick. Just read the following easily. Everything that is going to be described corresponds to strict reality. If you don't choose it, then you will do so knowingly, but you will be depriving yourself of one of the most devastating effects of cards.

You present your audience with four cards. One card is left face down on the table. You hold the other three very clearly face up. They are three tens. But these three cards are particularly odd, because if you turn the 10 of Spades face down and fan out that little packet again, there is only one card left face up, but on top of that, a fourth card has just materialized in your hands. It starts out strong. Two phenomena The magic has just happened

. You are then interested in the card placed on the carpet. You show that it is another 10 of Spades. Two 10's of Spades ! ! ! This is not very academic. Let it be, a little snap of your fingers and the 10 of Spades turns into an Ace of Spades ! It is already much better like that! Third magic effect !

You then take a break. You look at your audience. And most seriously, you say there has never been a 10 in your deck. Never! One game, of course, the Royal Flush of Straight Flush on Spades! You now turn over all the cards and discover a 10, Jack, Queen, King and Ace of Spades! The unbeatable Poker hand!

All cards are shown clearly, front and back. Fourth magic effect and first big hit this trick will offer you and believe it, it won't be the last.
trongs points :
- Cards in Bicycle format ;
- Very easy to use;
- Extremely "clean" trick ;
- All cards are very clearly shown at the end of the routine, front and back. There is no doubt that the 10's have indeed turned into a Royal Flush Straight. Amazing!