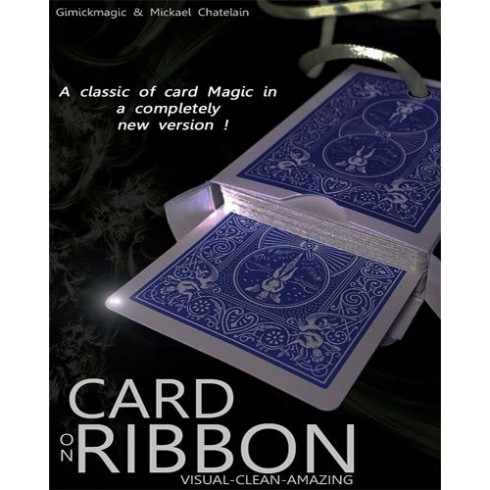 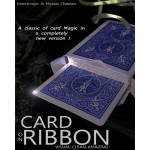 The chosen card is released from the ribbon on which it was imprisoned!

Show your friends and family a closed card case, also show that it has a hole through and through...
Now give a ribbon to the exam and invite a spectator to pass it through the hole!
No illusion, the case and the game are well perforated since the ribbon passes freely through it.

Remove the ribbon, open the case and take out the deck of cards in front of your spectators.
Show clearly that nothing is hidden in the case by giving it to the exam if you wish!
Also show your deck of cards on both sides. Apart from a hole on each card, this is an ordinary deck of cards!

A spectator then freely chooses a card, for example the 5 of hearts.
The card, which can be signed, is lost in the game and is immediately put back in its case without any further handling.
Show the whole deck from all sides, with the case open, so that everyone can see the deck of cards inside.
Now invite your spectator to pass the ribbon through the case, thus trapping all the cards!

Explain to your spectator that it is completely impossible to release a card without damaging it or cutting the ribbon, it seems so obvious that no one will be able to say otherwise!
The case is always open, the spectator holds the ends of the ribbon firmly in place, so escape is totally impossible!
Then bring your thumb and forefinger close to the deck, take a card slightly out of the deck, then yank it!

There you are with only one card in hand, only one free card!
Show the card to your spectator right away, it's the 5 of hearts, the card he chose earlier!
How is this possible since the perforation on the 5 de coeur is intact! Yes, yes, not the slightest damage!

The card seems to have passed as if by magic through the ribbon!
Besides, it still imprisons the rest of the deck.
Take the game out of its case, and give it immediately to the examination.

The ribbon always passes through the cards and your spectator will quickly realize that only one card has been released from the ribbon, the card he has freely chosen! 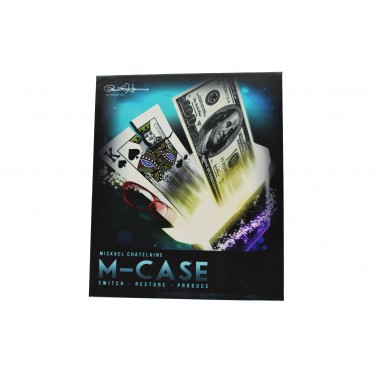 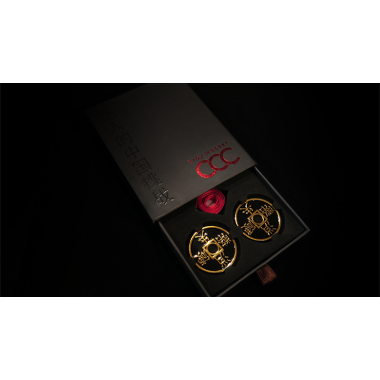 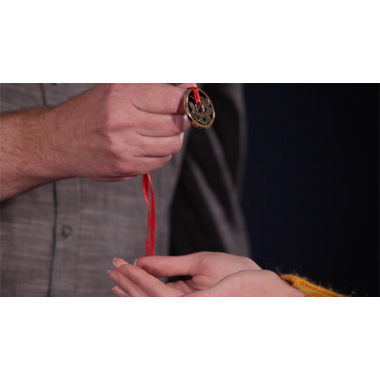 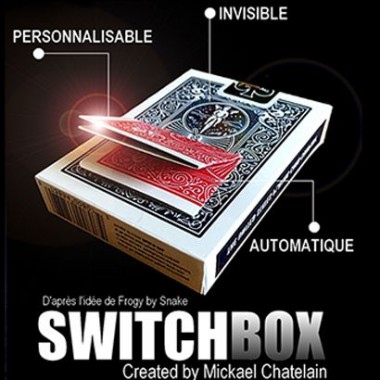