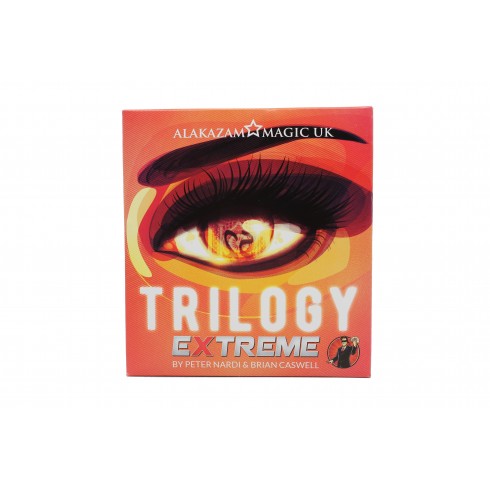 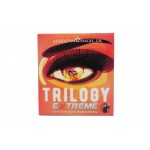 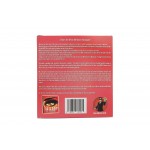 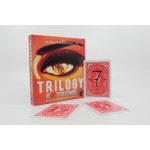 The Nec Plus Ultra of Card tricks in Numbers!

When Trilogy came out, it completely bluffed everyone who saw it and because of its success, many similar tricks appeared on the market, but none could dethrone it!

Thanks to the evolution of playing card technology, the classic effect has been taken to the limit!

Trilogy Extreme has all the impact of the original version, but now the game has been in sight on the table since the beginning of the round!

Trilogy has been chosen by many stage and close-up professionals, both Mentalist and Magician.

The Magician then takes the deck out of its case, and shows that all 52 cards have a number on their back. He takes out spectator #3's card, and places it face up in the spectator's hand.
Then he turns the deck face down, and removes the cards that have the numbers chosen by the first two spectators.

He turns over the two cards face down one by one, and shows that for each of them, card and number match exactly!

Now the third card that is face up: remember that the choice of the card was completely free among the 52 cards. It will seem impossible, but when the spectator turns over the card he is holding in his hand, on his back, there is the number you named BEFORE he chose his card!

Yes, you understood well: the three spectators have in their hand the card whose number is written on its back, and the face corresponds exactly to the choice of each one!
A real "triple" miracle ! !

So, you wonder if Trilogy is well within your reach?
Absolutely, because no manipulation is required, the very beginner can do the trick without any problem ! No forcing, no sticky or sticky cards...

Comes with a high quality deck of cards, with a DVD of explanations in English, including additional effects. 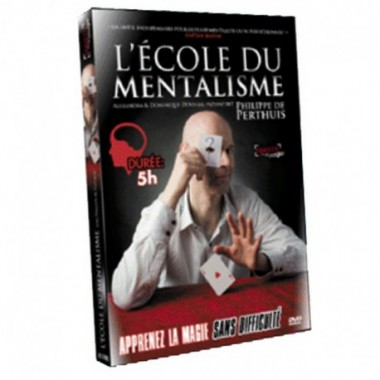 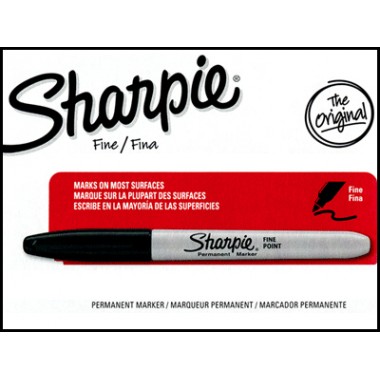 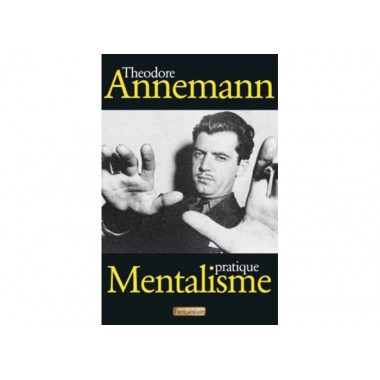 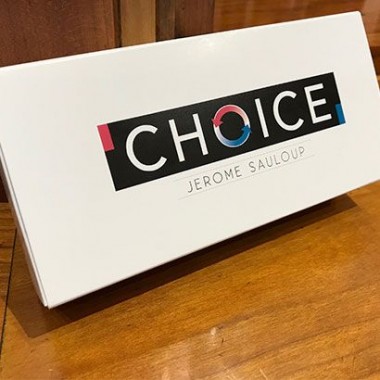 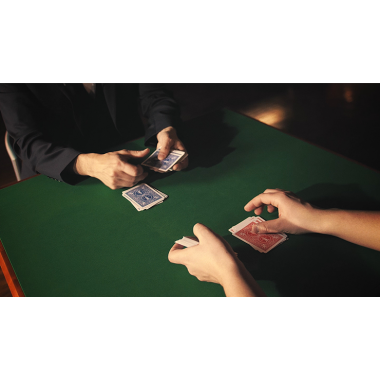