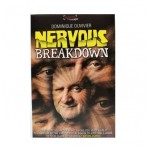 TEMPLE BELOW THE SKULL

Dominique Duvivier’s bestseller for the Brainwave effect with a small package!

One of Dominique Duvivier’s bestsellers again available in a brand-new packaging!

This tour is the culmination of a long process of reflections and different versions on an effect that dates back to the 50s: the Brainwave effect with the help of a small pack of cards.

Various authors, and not least, have looked at this extraordinary effect: Dai Vernon , Leo Horowitz , Ed Marlo , Paul Fox , Karl Fulves , Phil Goldstein (whose version B ' Wave was a landmark), and many more.

Storm Under A Skull is the result of Dominique Duvivier’s research on this devastating effect. This ultimate version will allow you to completely bluff your viewers, but also the savvy magician, even assuming that the latter know the previous versions!

One of Dominique Duvivier’s jewels! !!

This trick is "powerful" in the true sense of the word, more authentically mental than Papa’s mentalism, for there is here no blah, no forcing, no equivocal choice of any kind, but a simple and rigorous preparation that will confer to this turn an assured success and impact.

In a cardholder were arranged, faces not visible, a prediction card, and the four Kings of the game.

You ask your spectator to indicate a King of his choice. He will be able until the last moment to change this choice. But you told him beforehand that whatever King he will choose, you had known him for several hours! !!

1/ In fact, you disembowel the four Kings with your fingertips: to the astonishment of the spectator, only the King was chosen by him is facing in the air!

2/ That’s when you step into power and show that this freely chosen King is the only red back card, while all the other cards are blue back!

3/ You then reveal the prediction map, namely an Ace. The spectator can only confirm that the color of this Ace is identical to that of the King he chose.

4/ Then you "kill" the spectator’s brain by reminding him of your initial intuition, so strong, you tell him, that you had made the bet to put only HIS King in the cardholder, before coming. Indeed, when you return the three remaining cards, they are not the other three Kings: they are the other three Aces!

- Striking effect, similar to mentalism, does not leave unscathed.

" A real thing of hyper-bluffing mentalism! I will integrate this tour as soon as possible in my close-up show. If I were you, I’d be the first to own that atomic bomb! "

" Hello, I got today TEMPLE BELOW THE SKULL today under a skull a killing my favorite I advise turns to all magicians! "

"The best of the magic of small packages... always with you!! This is my case... KILLER effect on the spectators!! Straight out of the spirit of Mister Duvivier!! ... a slaughter for insiders and for once "uninitiated"... because without any manipulation!! Without any form of interest, apart from the respect of a master of magic... type Mayette magic ... "